Some ponderings for your enjoyment 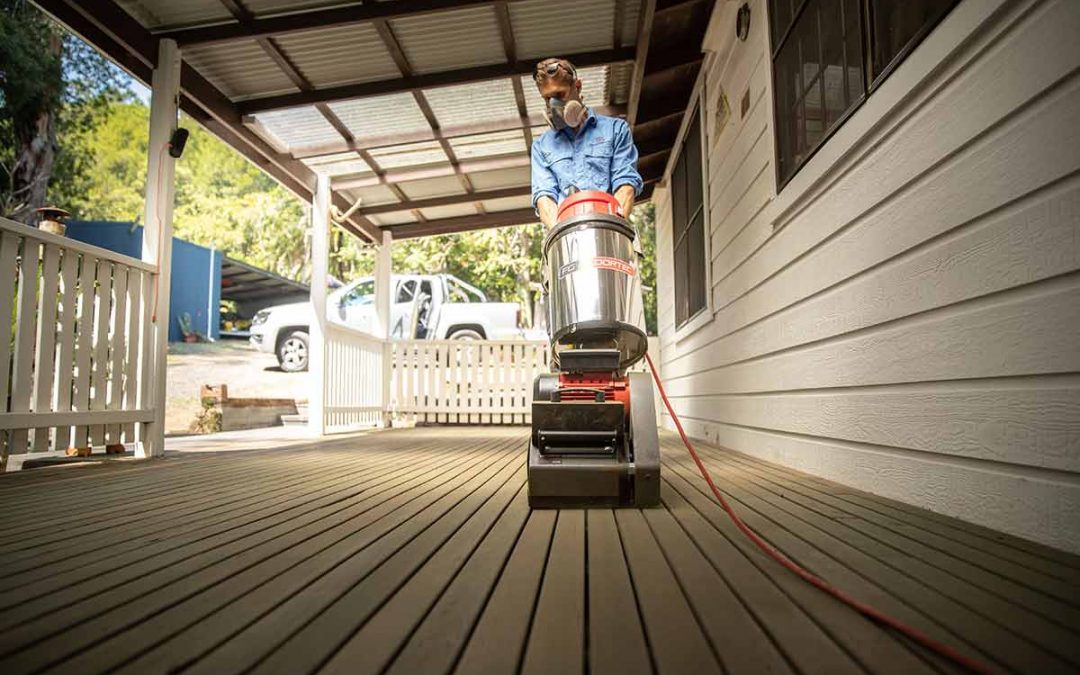 Ok, so the title of this blog is possibly a bit intriguing, yet it does sum-up the way we like to sand decks here at FCR. Deck maintenance in the Northern Rivers has been serious business for many years and there’s ways to go about it that don’t need to be in the too hard basket! Let me explain.

Typically when a deck gets sanded there are a few main points worth noting, to see whether it’s worthwhile or not that is. The first is the fact that traditionally one loses several millimetres of timber, causing the decks too thin and eventually be too thin to sand if repeated a few times. The second, is whether or not there’s raised nail heads or screws that need to be counter sunk – if they can be counter sunk at all! Obviously there’s a bit of a challenge on your hands if there’s a deck needing stripping full of raised screw heads that can’t be removed or sunk. In this case, we can also perform a chemical strip – but this is to be avoided for several reasons (namely: mess, water usage, possibly ruining the grain of some timber and the expense).

It just so constellated that the team at FCR were introduced to a very experienced deck maintenance professional on the Gold Coast some time ago who had imported a unique European deck sanding machine. Performing loads of deck maintenance around the Northern Rivers, we had seen there was a gap in the market for a way of sanding and preparing decks if only a machine would be able to run over the raised screws and nails, rather than punching them down. In punching nails down into the timber, it creates not only a visual disturbance overall, but it goes against the method of fixing as it was intended –the raised heads are to keep moisture from pooling and when sunk, the act just the opposite creating cavities for water to sit in, leading to timber rot.

Anyway, the long story short, FCR purchased one of the said European deck sanding machines and it’s quite remarkable in several ways – we haven’t looked back since! Firstly, it’s special brush system acts like a 60 grit sander, so in the scheme of things, it’s quite light-on compared to the usual sanders people use. Essentially it removes the coating but not the deck! So perhaps it removes .5mm of the timber versus say 2-3mm or more as would be expected usually. This means that provided the deck is well looked after generally, it’s going to last a lot longer even after multiple sands with our special machine, you’ll have heaps of timber left over, rather than having to go look for new boards at your local timber yard prematurely!

The other absolutely fantastic thing about our deck sander is that you don’t need to countersink nails and it can even effortlessly glide over raised screw heads. So, the time and energy and money involved in countersinking nails is removed completely plus the negative effects are also eradicated. It’s simply a matter of removing your BBQ and deck chairs and away we go –super efficiently taking the old deck coating away.

Our cleaning system once the decks are sanded, as per almost all deck oil manufacturers, is to then clean the timber using a pressure cleaner with special deck attachments and the appropriate deck washing chemical. In some cases we brighten the timber and with others simply remove the tannins and dust for a new coating to be applied.

Deck maintenance in the Northern Rivers is a seriously underestimated thing at times due to our sub-tropical climate and harsh UV scores, but be sure to know that there are ways to economically sand, wash and re-oil decks to make them last and be the enjoyable asset they were intended to be.

All quotes are fixed for your piece of mind and we can really support you to not only pick the deck coating that suits your needs and lifestyle, but support you to know the system of keeping it great – whether that’s yourself or us each year, we don’t mind one bit. It’s just about keeping those wonderful timber environments looking and feeling great to support your household. 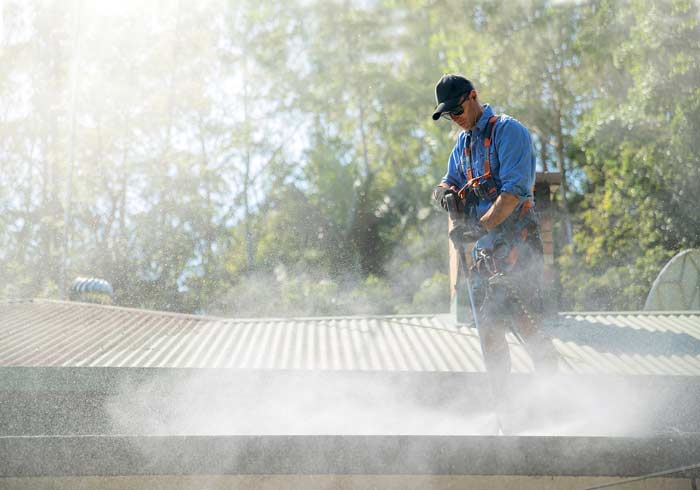 GET A FAST FREE QUOTE